Dean De Benedictis is an American composer, musician, performer, and producer of experimental and alternative music. He is a trained musician and has released albums as a solo artist as well as played with various groups such as Brand X and The Strato Ensemble.

De Benedictis has recorded under his own name and under the alias Surface 10, a project in which he gained attention in ambient and experimental electronic music circles. His discography crosses over several genres, but he is primarily known for merging these genres into techno tribal and ambient music. De Benedictis is the founder of both Fateless Records, and the Fateless Flows Collective, a Los Angeles group of electronic composers. He has released three albums with the Fateless Flows Collective through the Fateless Music label.

De Benedictis is the co-founder and producer of Cyberstock, an outdoor music concert and visual arts display held in the Santa Monica Mountains. In its long history, the event has showcased such artists as Nels Cline, Thomas Ronkin, and Richard Derrick.

De Benedictis was educated in Southern California. He is the son of theater and television composer Richard DeBenedictis. His first influences included electro bands: Pink Floyd, Led Zeppelin, Kraftwerk, and Soulsonic Force. Later, he found influence in the progressive jazz fusion, and the Berlin School ambient music genres. When De Benedictis was barely out of high school, he began scoring and composing television source music for several years. Here, he created music in a wide variety of pop styles. At the same time, he was experimenting with electronic music on the side. In his early career, he moved through many jazz fusion and progressive rock bands.

In 1996, De Benedictis released his debut ambient electronic music CD on Hypnotic/Cleopatra Records. It had a borderline Space Rock sound. Early on, he was inspired by such artists as Tangerine Dream and Mark Isham but he has since recorded in several other styles. In A Lone Reply (Fateless, 2001), he produced a more tribal sound, and credited artists such as Steve Roach, Robert Rich, and Loren Nerell. Several reviewers called A Lone Reply "among the very best" of tribal music, and "earns a place alongside essential works like Undercurrents in Dark Water (o yuki) and Soma (Roach and Rich)."

After his debut album as Surface 10, De Benedictis's music continued to grow more experimental and sentimental, and he began to diverge from the dance format of Cleopatra. The label wanted more dance music, but De Benedictis was taking a different path. De Benedictis left Cleopatra in 1999 and began recording on independent labels, including his own, at that time. 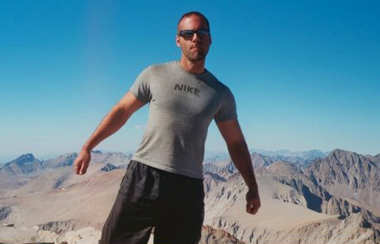