Co-founded Washington DC band, The Muffins - hailed as "one of the best progressive rock bands in the USA" by the Trouser Press Encyclopedia of Progressive Rock.

Worked with manager/producer Georgio Gemelski (Rolling Stones/Yardbirds) on various projects including Georgio's ZU band (which later became the band Material) as one of its founding members along with Bill Lazwell, Cliff Cultreri, Michael Beinhorn, and Fred Maher.

First solo album, Present Time, was released (Red Records) in the US, Europe, and Japan, featuring musicians Daevid Allen (Soft Machine/Gong), Carla Bley (Jack Bruce), Kenwood Dennard (Brand X), Fred Frith Henry Cow/Eno, Percy Jones (Brand X/Eno), and Hansford Rowe (Gong). While the album received consistently high marks from critics, including a 4-star review in Downbeat magazine, it's harp and violin duet "Tears and Spheres" became one of the first of the New Age offerings being aired on US radio. The piece was later used along with music from Dave Grusin's album, Night Lines, to comprise the score of the art film, Gallery, which aired on PBS and shown in installation at The National Gallery of Art in Washington, DC.

Founding member of Peter Blegvad's Big Guns - a precursor to The Golden Palominos, with Carla Bley and the Palominos' Anton Fier and Bill Laswell.

Chronometers, a CD of previously unreleased material from The Muffins, is released (Cuneiform Records).

Group and solo electric violin concert performances in the US, Canada, Europe, Middle East, and Latin America along with some session work in Los Angeles and New York City. Various television and radio appearances and interviews including a live performance and interview on En Vivo, viewed by tens of millions on three continents.

Some US performances and intermittent but extensive touring in Europe and Latin America - including print, radio and television interviews, in support of Playtime. 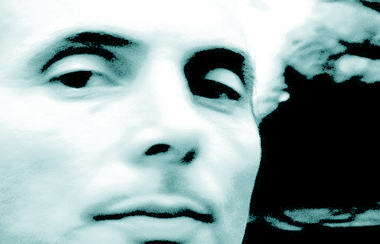