On January 30, 2018 our beloved bandmate Doug Lunn would have turned 64 years old. Sadly he passed away February 11, 2017 after a battle with cancer.

Culture Doug Lunn is a multi-instrumentalist/composer who specializes on 5 string fretless electric bass. He has appeared on hundreds of recordings in a wide range of styles. He has recorded and performed with artists such as Bruce Springsteen, Andy Summers, Mark Isham, Mike Keneally, Sting, John Abercrombie, Don Cherry, Wayne Kramer, Eddie Jobson, Reeves Gabrels, Martha Davis (The Motels), Art Lande and many others. He is a founding member of the Fire Merchants with guitarist John Goodsall (Brand X) and Genesis drummer Chester Thompson; and is resident bassist in drummer Terry Bozzio's Out Trio, and the Chad Wackerman trio. 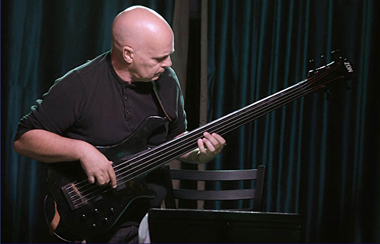